When you get an invite to cook at the James Beard House, you make plans to go to NYC!  I was recently honored with an invitation, and I immediately accepted it.  This recipe for Smoked Catfish Dip is one of the recipes I cooked and served there.  It was part of the “passed appetizers” portion of the dinner, basically, a mingling time with wine and hors d’oeuvres.

The Theme of the Dinner

The fine folks at the James Beard house named my dinner “BBQ Legend.” I did not want to serve typical BBQ items only, however.  I’ve been playing around with items for my new cookbook (if I ever get it finished,) and I’ve been concentrating on world BBQ and grilling flavors.  Specifically, I’ve been using a lot of different ingredients in conjunction with Memphis BBQ flavors.  But, I also didn’t want to just do all fusion food, and I wanted to cook some items that are whole-heartedly Mississippi.  The smoked catfish dip was one of those items. 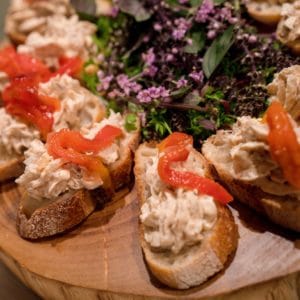 Why is Catfish so Mississippi

For years, people in the South have loved fishing for catfish and cooking them up.  Catfish are generally fried.  Small catfish can be fried whole, larger ones are cut into filets.  Unless you’re out there with a fishing pole, catfish are generally farmed now, and Mississippi leads the nation in the production of farm-raised catfish.  With all the issues in seafood and concerns about sustainability, farm-raised catfish is a perfect solution.  The fish, when properly raised, doesn’t have the “muddy” flavor that gave it a poor reputation in the past.

No, I’m not sponsored by a catfish marketing group, but I love my Mississippi farmers.  If you aren’t a fan of catfish, you should try it.  The white filets have a clean, mild taste that accepts flavors readily.  Catfish are raised in clean, aerated ponds, and therefore are not hard on the environment as well as having low levels of contaminants.  Catfish is good in any number of preparations.  Obviously fried is delicious, but blackened, grilled, smoked or sauteed can be great as well.

Always look for “US Farm-Raised Catfish” as low-quality producers in China and Vietnam are farming catfish with little-to-no oversight.   Trust American catfish and you will help out the oceans from overfishing, as well as some hard-working farmers. 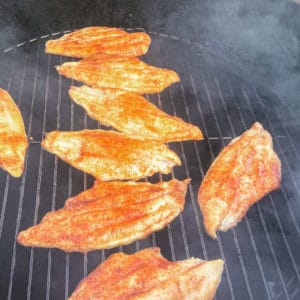 Now, tell me about the recipe

I like smoked fish.  Salmon, trout, catfish, or mackerel are all among my favorites to smoke.  When I talk about smoking fish, I’m not trying to “smoke cure” the fish for preservation.  I hot smoke the fish to add a layer of flavor and a different texture to the fish.  I smoke extra catfish filets for this recipe and have that for a meal.  The filets need to cool down for the dip, so I usually do them the day before I need them.

After making the dip, you can serve it in a bowl, or you can pipe it on crostini as I did for the James Beard House dinner.  I topped each piece with a bit of my red pepper relish, and it was really good.  I think you’ll love this recipe for your next gathering. 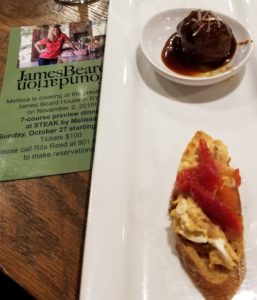 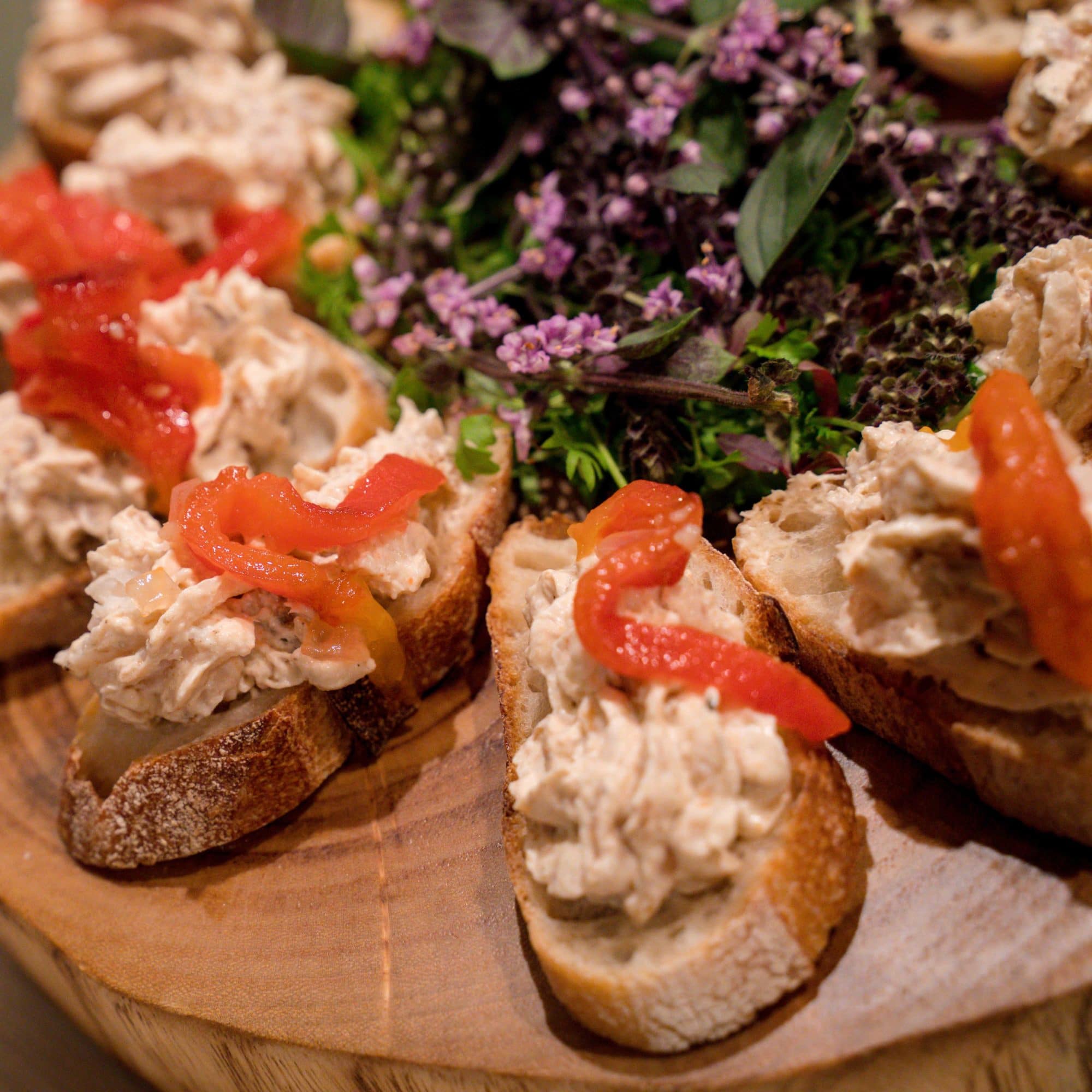