Whew!  Memphis in May 2018 is in the books, and it was a hot one!  The Memphis in May BBQ Contest 2018 was a fun filled, crazy event that seriously gives me goosebumps every year. While I didn’t score as well as I hoped, it was a super busy week and I got to see tons of old friends and meet many new ones.  There was over 225 teams there, that cooked a total of over 50,000 pounds of pork for the event.  That’s over 25 TONS of pork. 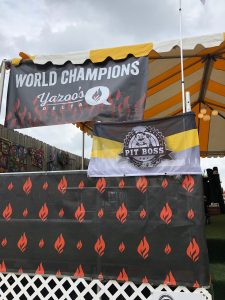 Memphis in May, in case you don’t know, is a month long festival held down on the banks of the Mississippi River.  The first weekend of the month is the Beale Street Music Fest.   It’s a 3 day music festival.  Since it’s not BBQ related, enough about that!

I was also super excited this week to announce my new partnership with Pit Boss Grills!  They make great grills, and at a super value compared to the competition.  I’ve been asked by umpteen grill companies to represent them, and always declined.  But these are, as they say- Bigger, Hotter and Heavier than the competition.  Y’all check them out! #Pitbossnation 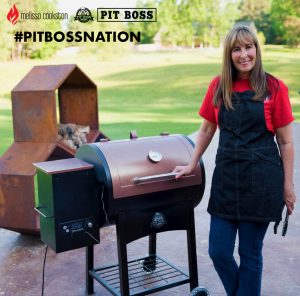 The big weekend for me is the Memphis in May World Championship BBQ Cooking Contest.  That’s a mouthful, so we just all say Memphis in May around here.  It is definitely not your normal BBQ contest.  It’s a 4 day event, that takes months of preparation, tons of man hours to set up and break down, and is just an ordeal. A beautiful, crazy ordeal. 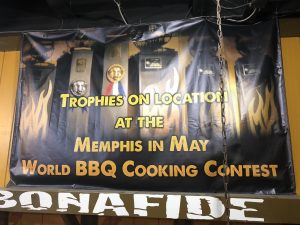 For Memphis in May, I literally plan for months to get all of the decor, logistics and people together.  We actually load our big cooking trailers in the week before, then spend multiple days assembling and setting up our booth.  It’s a ton of work, but when the World Championship is on the line, you better bring out your best efforts. 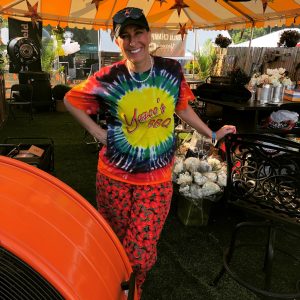 I guess we’ve been kind of spoiled over the last few years with decent weather, but this year was super hot and muggy.  The park was closed multiple times for lightning, but we got very little rain.  This year, the Memphis Zoo got in on the action and had their own “Big Cat BBQ Challenge.”  They got teams to send them their dry rub, and put it on feed and boxes for their big cats to choose which they liked best.  They used lions, tigers, snow leopards and pumas.  Really, it was too cute.  Also, they liked mine the best! (I tried to use this to get them to let me snuggle a tiger, but no dice!) 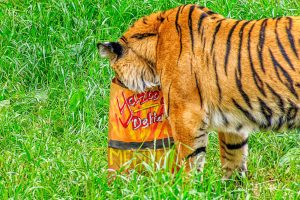 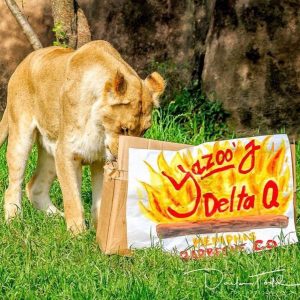 On Thursday night, I hosted an event for my friends from Smithfield.  It was great to see friends like Tuffy Stone there, among many more!  He’s also got a great new cookbook out, so you should def give it a read! 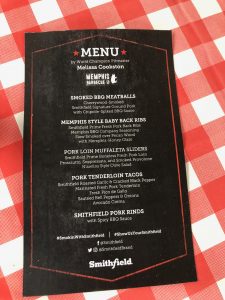 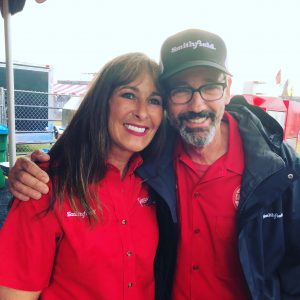 Scott from Grillin Fools come by as well.  He always wears flame pants! 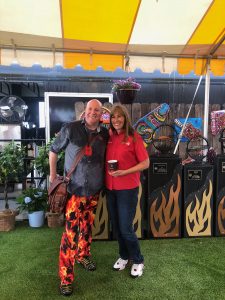 I still think my lucky flame shoes win though- 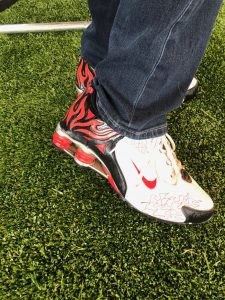 This year I sponsored another team.  From Australia.  I met the Smoking Jokers at the American Royal last year, and listening to them talk about their love of BBQ and wishing they could cook MIM, I decided to sponsor their contest.  They did me proud with a 4th place rib!  Pretty AUSSOME! 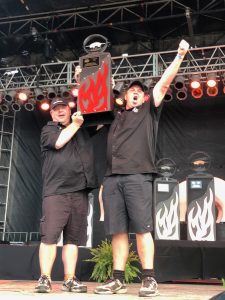 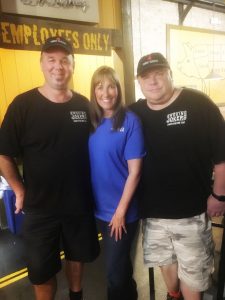 Clean up, set up and get ready for judging! 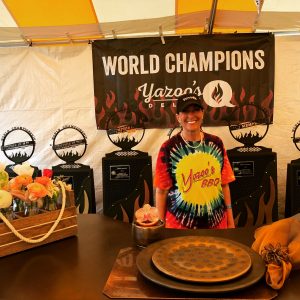 On Friday, it’s all business for me.  Prepping and getting my hogs ready to judge is serious business! 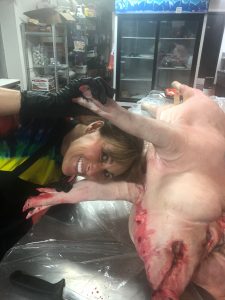 This year I purchased body bags.  Yes, BODY BAGS, to help move the hogs around.  Moving a 200 lb pig is never easy, but these made it much easier than in past. 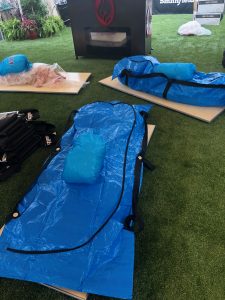 On to the cookers! 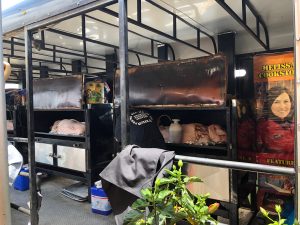 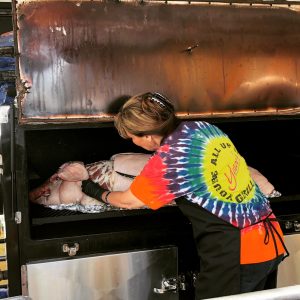 The finished product was FANTASTIC! 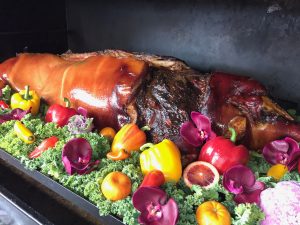 Even musicians love BBQ.  Dave Grohl came by, and I discussed Memphis-style BBQ and whole hogs with him for quite a while.  He was super nice! 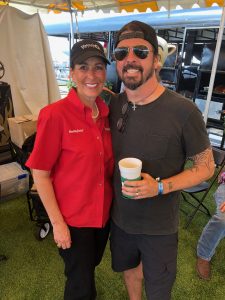 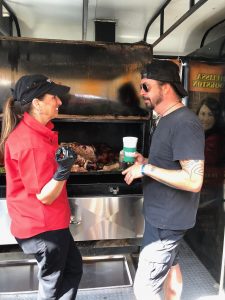 Anyway, it’s in the books now, which means it’s time to start planning Memphis in May 2019!  Thanks y’all!