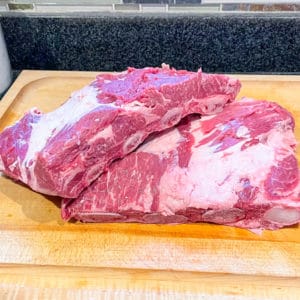 There are several types of short ribs you can purchase.  “Short ribs” are ribs taken from several areas on the beef.  They can be from the brisket, cut, plate or rib area.  Each one will have varying degrees of marbling, fat content, and flavor. Short ribs are so named because they are “shorter” than the full rib.  Flanken-style short ribs are cut across the bone, containing thin pieces of bone and meat over several ribs.  Flanken ribs are used for grilling and are very popular in Asian cuisines.  Other short ribs cuts vary in size.  Generally, plate short ribs are the largest sizes, and that’s what I love to smoke.  They are not usually out in the meat case at the grocery, but talk to your butcher and he can get some in for you. 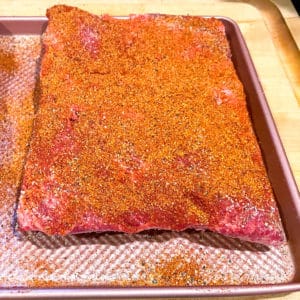 Short ribs are often braised, and this recipe incorporates a braising step as well.  I started my smoker to run at 275 degrees, with a good bit of pecan chunks for a heavy smoke flavor.  I set out the short ribs, and seasoned with a layer of my Grillin’ Shake on the meat first.  A heavy layer of the Chipotle Pecan rub was added next, and the ribs were set out for 30 minutes before placing on the grill. 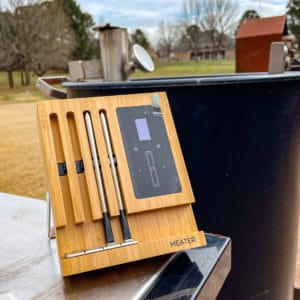 Of course, I used a MEATER thermometer, because if you’re lookin’, ya ain’t cookin’!  I generally smoke the ribs until they reach 160 degrees, then wrap in foil with 1/2 a cup of beef consomme mixed with 1/2 TBS of the chipotle seasoning.  This takes around 2 hours to get to this temp.  After wrapping, let them cook another 2 hours or until they reach an internal temperature of 202 degrees and the meat is tender.

Resting the meat is important 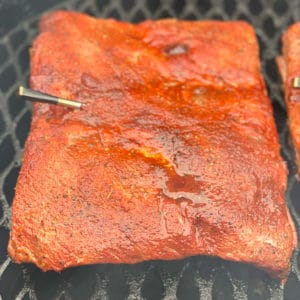 After the ribs were done, I let them rest for about 20 minutes (still wrapped) while I finished the side items.  Resting the meat allows the flavors to imbue into the meat better, in my opinion.  Then, simply slice into individual bones and serve.  I served these without a sauce as they were so good alone, but a BBQ sauce may be served as well.